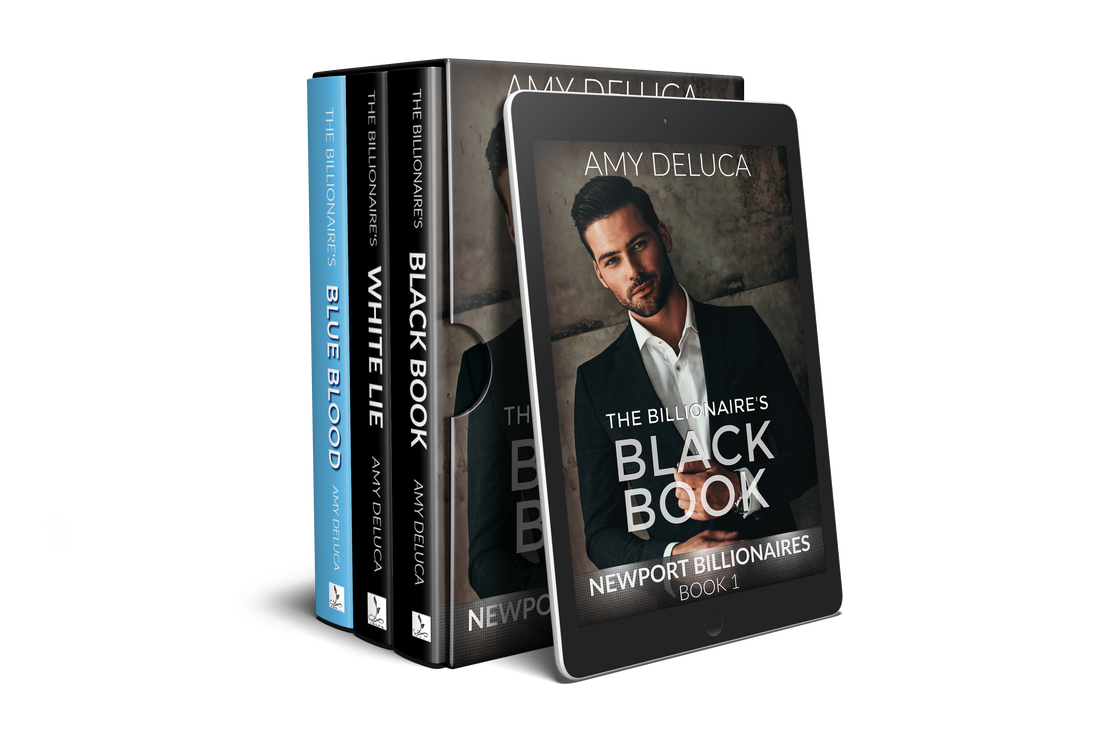 -Bonnie has been sent into the lair of the Beast. Jack will do anything to protect his secret.
-Kristal has been kicked out of her family home by her jealous step-mother. There’s no way Hunter is leaving Snow White out in the cold this winter.
-Cinda has risen from the ashes of heartbreak... Prince Alexander is looking for the perfect fit.

Book 1- The Billionaire’s Black Book- A Beauty and the Beast Story
Bonnie's been handed a dream assignment—an exclusive interview with billionaire author Jack R. R. Bestia, whose popular fantasy series has been made into a hit cable show adored by millions of fans worldwide.
Correction—it should be a dream assignment but the prospect of interviewing this particular author seems more like a nightmare. He has a reputation for being reclusive and temperamental. And he's her favorite author of all-time. But the first (and last) time they met… well, let’s just say she didn’t make the best impression.
Superstar author Jack Bestia does not have any interest in doing an interview. He does have:
-a huge deadline looming
-a strong preference for privacy
-some pretty nasty scars from his last relationship
-and a big, BIG secret.
He definitely doesn’t want a snooping reporter anywhere near his seaside Newport, Rhode Island mansion. Unfortunately, the final book in his bestselling series is two years overdue, and Jack’s at risk of getting cut from the publishing house altogether. He has no choice but to welcome Bonnie into his private world.
But he doesn’t have to make it easy for her.
He’ll act every bit as beastly as the tabloids have claimed he does, and she won’t want to spend a minute longer in his presence than absolutely necessary. It's the only way to protect his terrible secret.

Book 2- The Billionaire’s White Lie- A Snow White Story
Though Kristal’s father always encouraged her to pursue her photography, his untimely death has forced her to face the fact that it doesn’t pay the bills. So, she’s traded her camera for a waitress’s order pad and gone from life in a mansion on Newport’s famed Bellevue Avenue to couch-surfing at her best friend’s tiny two-bedroom apartment. Kristal can only impose for so long. She needs a new place to live—the sooner and cheaper the better.
Thanks to a knack for coding, a whole lot of hard work, and his six best friends/business partners, billionaire software designer Hunter Bestia has almost everything he ever wanted when growing up poor among the rich kids of Newport, Rhode Island. Almost. He’s made his tech start-up the biggest online payment processor in the world and has women throwing themselves at him everywhere he goes. Actually, that last thing wasn’t on his list. The only girl he’s really ever wanted was—and still is—out of his league. And his money means nothing to her.
But when Hunter and Kristal end up accidentally spending seven minutes in heaven—in this case, a dark room at a high society party—together, he begins to think she might not be so indifferent to him after all.
And when he learns she’s desperate for a temporary place to live, he concocts a little white lie to convince her to move in with him… and his six housemates. After all, their mansion has plenty of room. And there’s no way he’s leaving Snow White out in the cold this winter. Not when there’s even the smallest chance his lifelong crush might finally wake up and see he’s the prince she’s been waiting for.

Book 3- The Billionaire’s Blue Blood- A Cinderella Story
Single mom Cinda is not looking for Prince Charming. The last time she fell for a handsome, sophisticated, wealthy guy, he left her at the worst possible time without a word of explanation. He did leave her with a lovely parting gift, though, which arrived nine months later.

*3 full-length novels included.*
Get it on AMAZON